Over There Is Over Here is an animation by Morehshin Allahyari which explores the dialectics of time, space, real and unreal to define and critique the position of those who have left Iran in the last 4-5 years in relation to current political prisoners in Iran. The project uses 3D animation and data glitch as a way to illustrate presence-less presence and to show the passage and collapse of the time.

Through a self-reflexive narrator, Over There Is Over Here alternates between the literary definition of a third person narrator to Morehshin's actual, physical “third person” role outside Iran as narrator of the story. The narrator explores her relationship with imprisoned friends and classmates. Morehshin says, "In this relationship, I am the outsider who will always fail to understand the reality of a prisoner’s life. For these reasons, the animation is a deliberate mix of real and unreal, fake and genuine." 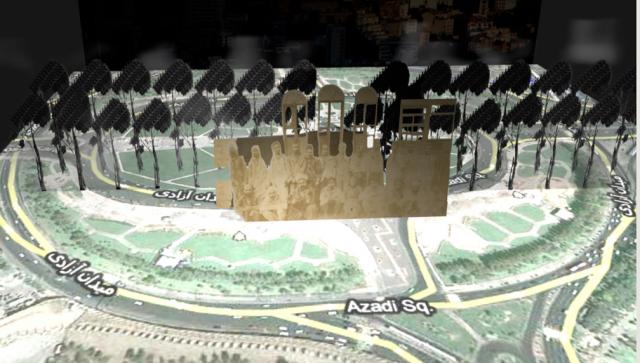 Since the creation of this piece (Dec 2010), Morehshin's animation has been successfully exhibited and screened in many international and national events: